0
By admin Posted on February 1, 2012 in Uncategorized

Raymond van Barneveld hopes to bounce back from a disappointing World Championship by retaining the World Cup of Darts for The Netherlands.

‘Barney’ won the inaugural tournament in 2010 with Co Stompe, and believes that he can repeat the feat this weekend with Vincent van der Voort.

He said: “I think it will be harder this year because it is a straight knockout now. If you lose a game you’re out so we will have to be very focused and keep our concentration, but I’m sure we can do well. There are a lot of great teams but I think we are one of the pairs that are in with a great chance.” 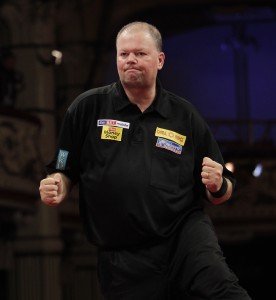 The five-time World Champion wants to recover from his first round exit at the Ally Pally in style by claiming the first major title of 2012.

He said: “I probably didn’t practise enough in the last month or so before the World Championship. I played in a lot of exhibitions but not enough floor tournaments. I’m now practising every day again because it’s important for me to come back with a bang. It’s unfortunate that you can’t get ranking points for the World Cup but it’s still a televised tournament and I would love to win it again. I’m so proud to play for my country and to win a title for Holland is a fantastic achievement so I hope we can do it again.”

The Dutchman doesn’t feel that a change in partner will have any bearing on his chances of winning the tournament and he believes that teamwork is the key to success.

He said: “I’ve played with Vincent many times and we get along well, which is important. We will go there together and practise together. We are a team and that is how we will approach the competition. Our preparation is good, I know which doubles he likes to be left on and he knows which ones I like. We are not going as individuals, we will do everything together, talk a lot and hopefully that will show in our performances. Vincent is an ideal teammate.”

Van Barneveld is confident that he will return to his brilliant best, and hopes he can prove his critics wrong in the World Cup and the upcoming Premier League.

He added: “I feel fantastic at the moment. To retain the World Cup would be a fantastic start to the year and I am over the moon to be given a wildcard for the Premier League. I’m working hard to get in top shape. I played quite well in Benidorm last weekend, my scoring was fantastic.

“With a good performance at the World Cup I can get my confidence back, and then within a couple of weeks of the Premier League the old ‘Barney’ will be back. Some people may have written me off after the World Championship, but I believe in my own ability. Trust me, it’s still there, it hasn’t gone and I will make the ‘Barney Army’ proud of me again.”